Trailing 3-1 in the champions league tie against Napoli , an FA cup replay with birmingham , languishing in lowly 6th in the league and a group of players that for some reason looked extremely disjointed . That was the state of the club when roman abramovich raised his axe for the 8th time in as many years .
The squad dint change. Roberto de Matteo was promoted to the role of interim manager . Close to nothing else changed other than that .
No additions to the team , no dismissals either .
But in the next 21 games Chelsea football club under the inspired guidance of roberto de Matteo turned a season on its head and left on lookers shocked .
It was a display of togetherness , a single minded resolve to change , the battle of emotions that wasnt seen in this side at the beginning of the season .

It’s brought home the one trophy our great owner has been craving . The one trophy that has eluded the club . The champions league .
Against all odds , from trailing 3-1 to napoli , 0-2 with ten men at the nou camp against barca , to going down 1-0 in the 83rd minute in the final against bayern Munich . The power of emotions and the belief that no one can stop us now . It’s carried us all the way . Not even the ghosts of moscow could deter our progress .
And while it’s been an unbelievably team effort , you can’t help but but point at the man who stood out in the big matches and inspired the team when the chips were down . Didier drogba . One can only hope that he stays at Chelsea and takes part in the season when we play with the tag of the champions of Europe . The man is a magician . Game after game , big match after big match , final after final , he has entertained , inspired and won games for chelsea . Criticism does not seem to have affected him , rather it’s spurred him on like it has John terry and frank lampard . The two other club legends along with that super hero In Goal we call Big pete .

It’s a dream come true and the images are clear , yet blurry because many of us have yet to recover from that hypnotic image of JT lifting the champions league trophy .

From the way this squad is playing , emotionally and on the pitch , next season will be even greater . When heroes shall make way and new ones shall rise . 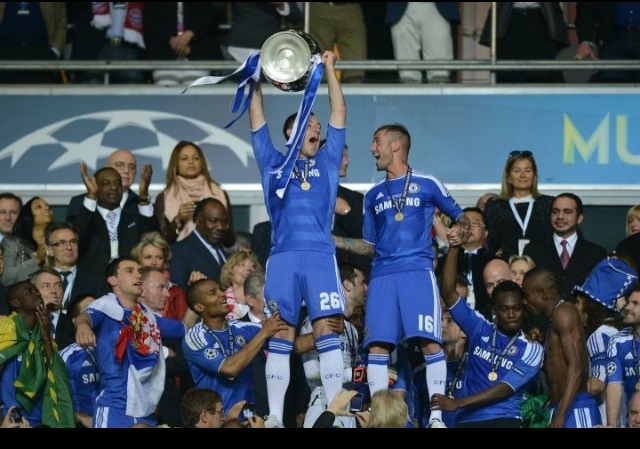