Skip to content
In a regular english premier league season , few days are as hectic and throw up as many surprises as transfer deadline day . Some managers dig into their heels to keep their players while others dig into their pockets to pull players from other clubs ! Chelsea over the last two transfer windows have become experts of sorts at signing players in the dying hours of the transfer window ! David Luis , for example , signed his contract 26 minutes before the close of the window !
More recently , Raul Meireles , signed so late in the night , I have a feeling Kenny Daglish was asleep when he accepted Meireles’s transfer request ! Come to think of it , that seems to be the plan here ! Torres , Luis and Meireles , all signed on the last day of the transfer window and late into the day at that !
Jokes apart , lot of transfer activity has happened at chelsea in this window . AVB seems to have adopted a very wise wait , watch and act policy as opposed to a jump into the market and buy policy .

The newcomers : Romelu Lukaku , the 18 year old Belgian signed from Anderlecht impressed on debut when he came on as a late substitute against Norwich city . Tall and well built he seems to be the ideal replacement for Didier Drogba .

Juan Mata : 23 year old winger from Valencia , scored on debut against Norwich as a late substitute . What was more heartening was that Fernando Torres seemed to get rejuvenated on his spanish teammate’s introduction ! It’s a partnership to watch out for !

Oriol Romeu : Another spaniard signed from the Barcelona ‘B’ Team . Great prospect as a defensive midfielder .

Thibaut Courtois : Goalkeeper from Genk , he has been sent on loan to Atheltico Madrid .

Ulises Davilla : 20 year old , Signed from the mexican side Chivas , he has been sent on loan to Viteese Arnhem .

Raul Meireles : 28 year old midfielder , a surprise signing on transfer deadline day ! Easily Liverpool’s best player last season , AVB has covered all his bases with this signing . Luka Modric or Frank Ribery looked the most likely to move but Meireles is just as good an addition to our squad .

Out on On loan : Gael Kakuta has been sent on loan to Wigan .
Yossi Benayoun has gone to Arsenal on loan till January .

The squad needed reinforcements in midfield , a defect unrectifed all last season . With all the new signings , the attack has been bolstered and with our own academy producing worldclass defenders , we have better bench strength than the last season and importantly a younger bench . 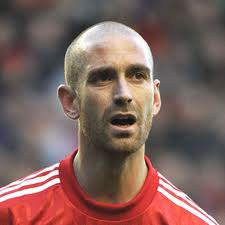 While we sort out our troubles with considerable ease , over at the emirates stadium Arsenal are having a horrid time ! 8-2 , yes thats eight -two . The scoreline by which they lost to Manchester United last week . But like Giles Smith said ” Though, just to put that romp in perspective, that was merely one goal for every first team player that Arsenal were unable to call upon on the day, and Arsenal still got two goals back, so it’s probably too early to be writing Arsenal out of this season’s story, as comforting as the notion may be, and certainly too early, too, to be marvelling at United’s tank-like, all-crushing might.” .

Read the list carefully and there is one name , I for one , was surprised not to see . The special one . Jose Mourinho . I can’t understand why he would not be part of a gathering of elite coaches !