Skip to content
As I was saying yesterday things change quickly in the transfer season . Take for example the shocker of a report that Andres-Villas Boas has agreed to leave Porto FC and join chelsea for a reported 15 million pounds ! Regarded widely as the next Jose Mourinho , the 33 year old has no football playing experience but is one of the sharpest tactical minds around . Mourinho is
Boas’s mentor too , which is why the young portuguese prodigy is often called ” The special one of the special one ” . 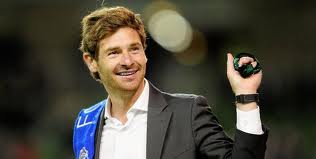 And here I was thinking Guus Hiddink would make a come back ! A chelsea fan , however , has no reason to be grieved ! For both these men are managers with great reputations and should the final “chosen one ” ( no reference to Jose Mourinho , although he would do just fine  as well ) be one of these two , the club , I can confidently say , will be in safe hands !

As for Luka Modric . Tottenham chairman Daniel levy dampened our hopes by repeating that Modric , who has 5 years on his contract still left , is not for sale at any price . Correct me if I am wrong , but is’nt this the same club that said ” Dimitar Berbatov is not for sale at any price ” back in 2007 ? And just weeks later the bulgarian was in the red of manchester united ! So maybe , just MAYBE , we still have a chance ! Never say never in this game !!

Another transfer rumour that is slowly emerging is that of Cesc Fabregas . No . Not to Chelsea . ( As much as I wish that would happen ). Fabregas has been rumoured to be moving to Barca . Ok don’t say  “wow ! really captain obvious ? Next you’ll tell me the sky is blue and that if I dived off a cliff I’ll end up  dead :-p “.  It’s been on the cards for years and although nothing is still confirmed , this is one transfer that Cesc has dreamt of and Arsene Wenger has had nightmares about. It does not take Steve Mcmahon to see that the Arsenal captain’s heart is not at the Emirates anymore.
How this is relevant to chelsea is the next question . If you thought it’s relevant because the games against the gunners next season will be easier without their charismatic captain . NO . That’s probably not true and definitely not the reason . I’ll tell you why it is relevant. Barcelona , if they are going to buy Fabregas , will have to shell out say 40 -50 million pounds , maybe more .And if that’s the case , they might consider off loading David Villa who has not had the kind of season he was hoping for at the Nou Camp . The Barca bosses too are not too happy with his performances and might actually sell him to fund the purchase of Francesc “Cesc” Fàbregas i Soler . In which case Chelsea and Manchester city will be waiting with big offers . Where he goes , if he goes , we can’t say . Lets just hope he picks the deeper shade of blue ! 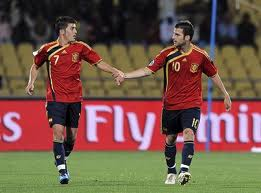 Wishful thinking you would say but thats what everyone said when Torres’s transfer was not confirmed earlier this year ! For now thats all I have ! Wishful thinking ! When I get more concrete information , you’ll be the first to know ! Till then ciao ! Stay safe !