Every now and again, Apple likes to shake up an industry. What makes Apple special is that it’s not just one industry that they’ve changed forever.
Apart from the Macs changing the way ordinary people interacted with computers, the iPod changed the way people listened to music, iTunes changed the way people bought and sold music, the iPhone
changed how people viewed and used mobile phones and the iPad brought a major shift in the capabilities of a “Post-PC” computing device.
With every launch Apple did what they did best- what they, in the immortal words of Steve Jobs, had set out to do- Put a dent in the universe.

Recent developments in the world of technology have made that more difficult. Apple’s competitors in the smart phone market have adopted aggressive marketing ploys to wrest control of the market space from Apple. To a large extent, they’ve been successful too. Apple, historically, has valued user experience above all else. The competition looks at technology from a different perspective. To them, a smart phone is a collection of numbers. 2GB, 8-core, 41MP, 4200mAh , 441ppi, $599. What they’ve been insanely successful at, and this is the tragedy, is to convince people that a smart phone is just a collection of numbers.
Apple looks at technology differently. To Apple, a smart phone is the sum of everything you do with it. Starting from the keynote to the advertisements, the focus was on how beautifully Apple’s phone works not on what makes it work. At least that’s how it was until Steve Jobs was around.
Although it’s too premature to judge, Apple has failed Steve Jobs on one front. He wanted Apple to outlive him. Apply has out survived Steve. It may not have outlived him. While they’ve largely succeeded at keeping the core values that was characteristic of Steve’s Apple, Apple’s identity is beginning to change. History will judge if that’s for the better or worse.

This post is in reaction to the keynote address at the launch of the new iPhones and the Apple watch. 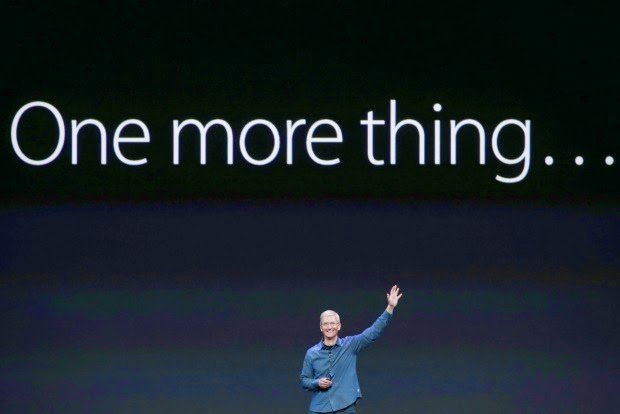 To normal people watching the launch of the iPhone 6, it would’ve seemed rather grand and impressive. By the standards set by the competitors, Phil Schiller hit all the cliched notes. But it was very evident that not even Phil believed that the iPhone 6 had anything that was going to create ripples in the industry. The phone has a bigger screen, a faster processor, a better camera and the world’s most advanced mobile operating system, iOS 8. People are used to this “upgrade” launch concept thanks to the competition bringing in a culture of launching phones every 7 months. To an Apple fan, the most striking thing was the amount of time Phil spent crunching numbers that were genuinely unimpressive. For instance, he compared the Graphics processor of the iPhone 6 to that of the first iPhone and said that it happens to be 84 times faster. A fact, but a comparison that highlights nothing other than the fact that you really have nothing else to show. Don’t get me wrong, Steve jobs did that too but he compared a phone with it’s immediate predecessor, not to a 6 year old phone that had no need for graphics at all. Honestly, Phil should have compared it do a 15 year old hand-held video game instead and said its 400 times than that.

As far as number crunching goes, both of those are useless comparisons.

Infinite journalists and biographers who have covered Steve Job’s famous keynotes have noted many times that he used to use positive words like “magical and beautiful and create a reality distortion field”. Sadly, when Phil does it, he creates a really distorted field instead. He comes across as trying desperately to force feed your brain that “the iPhone 6 is the best phone you’ve ever seen”. In an almost samsung-isation of the company, Apple treated the iPhone 6 as a collection of numbers. That, to my mind, was the biggest let down on their part.

But the keynote was never meant for those iPhones. The star of the show was, what the media anticipated to be, a watch. Apple watch. Apple went all out for this device. Tim Cook even used Steve’s famous “One more thing….” line.One of the great successes of this device on face value is its customizability. Apple lets you pick your own strap. In the sea of those multiple straps you can use, are some really ugly ones. First step, stay clear of those straps. Pick the right one and this is a decent looking (not mindblowingly beautiful) watch that’ll fit on your wrist with no fuss.

Even though I said earlier that Apple’s identity is beginning to change, one bit of innovation they’ve done for the watch, gives me a ray of hope.

In a very casual way Apple proudly announced that their goal for the watch “was not to shrink the iPhone to fit your wrist”.
Keeping that in mind, They’ve converted what has been on watches for ages- the crown into an input device that has multiple functionalities. A user interface change that could be as important to the smart watch industry as touch screen was to the mobile phone industry. It’s a simple feature no one has thought of yet but is bound to be copied by the competition.
That simplicity in thought and ingenuity in execution is inherently Apple and hopefully it carries over to the other products too.

Apple’s latest launch has been met by rather encouraging reviews. Mainstream media’s expectations seem to have been met. But for Apple, it is crucial to remember one thing. Mainstream media treats
Samsung’s sad excuses for phones as good. By those standards, Apple is bound to do well. But Apple’s competition has never been from others, it has always been a battle within. A battle to make the best possible device a user could use. A battle to be the Gold standard. A battle to change the world.